It’s a common misconception that fish don’t feel pain. After all, they don’t have the same facial expressions as we do, so how could we possibly know what they’re feeling?

As it turns out, there’s a lot more to pain than just a grimace. Scientists have found that fish do, in fact, experience pain—and they react to it in similar ways as we do.

In this article, we’ll explore everything you need to know about “do fish feel pain?”

It has long been a debate as to whether fish feel pain. A new study has found, however, that fish do in fact feel pain and react to it accordingly. This study provides the first direct evidence of this by showing that when fish are exposed to painful stimuli, they alter their behavior in order to avoid it.

This is an important discovery because it challenges the long-held belief that fish do not feel pain. This belief has led to many cruel practices, such as using sharp hooks and leaving fish out of water for long periods of time.

Now that we know that fish do feel pain, we can start to change these practices in order to reduce the suffering of these animals.

So, why did it take so long to discover that fish feel pain? Part of the reason is that it is very difficult to study pain in animals.

Pain is a subjective experience, so it is hard to measure it in an objective way. However, the new study used a variety of methods to overcome this challenge.

This shows that fish are capable of learning from past experiences and adjusting their behavior in order to avoid pain.

The researchers also looked at the physiology of fish in response to painful stimuli. They found that when fish were exposed to a hot plate, their hearts beat faster and they produced more stress hormones. This physiological response is similar to what is seen in other animals when they experience pain.

Finally, the researchers looked at the brain activity of fish in response to pain. They found that when fish were exposed to a hot plate, they had increased activity in the parts of the brain that are associated with pain in other animals.

Taken together, these findings provide strong evidence that fish do indeed feel pain. This is an important discovery that could lead to the more humane treatment of fish in the future.

How do fish feel pain? Nociceptors in Fish

Now that we know fish do, in fact, feel pain, you might be wondering how exactly they experience it.

Scientists believe that fish experience pain in a similar way as humans and other mammals. That is, they have specialized nerve endings called nociceptors that detect noxious stimuli and send signals to the brain indicating that something is wrong.

In humans and other mammals, these nociceptors are triggered by things like heat, pressure, or chemicals. And it’s thought that the same is true for fish.

In one study, researchers injected a mild acid into the lips of rainbow trout. The fish then began to rub their lips on the sides of their tank and avoided the area where they were injected.

The researchers concluded that the trout were trying to relieve the pain by rubbing their lips on something rough.

In another study, scientists looked at how fish reacted to being hooked. They found that fish who were hooked experienced increased levels of stress hormones and took longer to return to their normal activity levels than fish who were not hooked.

These studies, along with others, suggest that fish do feel pain and they react to it in similar ways as we do.

So, if fish feel pain, does that mean we should stop eating them? Now the decision is yours.

Do fish have the nerves to feel pain? Fish Feel Physical Pain

In fish, high neural activity in the spinal cord and pallium—a part of the brain responsible for higher functions like learning and memory—has been linked to pain perception. Pallium mainly controls the emotions in fish.

So, although fish don’t have the same type of centralized nervous system that we do, they are still capable of feeling pain.

Do Fish Feel Pain? 3 Myths Ruled Out By Research

For years, scientists thought that fish didn’t feel pain because they lacked certain features that were thought to be necessary for experiencing pain.

For example, fish don’t have a cerebral cortex—the part of the brain responsible for complex cognition and processing emotions like pain or jealousy.

However, more recent research has shown that the absence of a cerebral cortex does not necessarily mean an animal cannot feel pain. In fact, many animals that don’t have a cerebral cortex—such as mollusks and insects—have been shown to experience nociception.

Another reason scientists thought fish didn’t feel pain was because they lack facial expressions that would indicate they were in discomfort. This is another myth that has been debunked by science—just because an animal doesn’t show their feelings on its face doesn’t mean they’re not experiencing them internally.

Finally, scientists also thought that fish lacked opioids—chemicals like endorphins that block or reduce the sensation of pain. Again, this turns out not to be true. Fish do have opioids—they just haven’t been studied as much as other animals because until recently it was assumed that fish couldn’t feel pain anyway.

How do We Know fish feel pain? 4 Indicators of Pain

There are a few key indicators that animals are experiencing pain. For example, animals will typically display changes in their behaviors when they’re in pain. They may become more aggressive or withdrawn, and they may also change their eating habits.

Physiologically, animals in pain tend to have an increased heart rate and higher levels of stress hormones like cortisol in their blood.

Studies have also shown that animals will self-medicate when they’re in pain – for example, by consuming more antimicrobial compounds or herbs known to have analgesic properties.

Are these indicators present in fish? Let’s take a look.

Do fish display changes in behavior when they’re injured? Yes, when fish are injured, they tend to spend less time socializing and more time hiding.

Studies have also shown that injured fish eat less than healthy fish – although it’s worth noting that this could also be due to the fact that their injuries make it difficult for them to hunt and forage for food.

Do fish have an increased heart rate when they’re in pain?

Studies on injured fish have found that their heartbeat increases by up to 50% – which is a significant increase.

Do fish have higher levels of stress hormones when they’re in pain?

Yes – when fish are exposed to stressful situations (such as being injured), their cortisol levels increase significantly.

Do fish self-medicate when they’re in pain?

There isn’t enough research on this topic to say definitively one way or another – but there is some evidence that suggests that fish do consume more antimicrobial compounds when they’re injured as a way of self-medicating.

For example, one study found that rainbow trout who were exposed to a painful stimulus subsequently consumed more tannins (a type of antimicrobial compound) than those who were not exposed to the stimulus.

There’s a lot we don’t know about how fish experience pain, but there is some evidence that they may indeed feel pain in a way similar to humans.

In one study, for example, scientists found that salmon given electric shocks avoided the area where they received the shocks more than fish that were not given shocks. This suggests that the salmon were experiencing pain and trying to avoid it.

Of course, we can’t know for sure how fish experience pain, but the evidence suggests that it is possible that they feel pain in a similar way to humans.

Jellyfish are interesting creatures that have very different nervous systems from humans. They don’t have a brain, but they do have what is called a nerve net. This nerve net allows them to sense their environment and respond to it.

Jellyfish can’t feel pain as humans do, but they can react to being hurt. Jellyfish are composed of 95% water and lack a proper circulatory system. This means they can’t really feel pain, but they might be able to sense it in some way.

When they’re hurt, they often release toxins into the water to try and ward off predators or heal their wounds.

So while we don’t know for sure if jellyfish can feel pain, it seems likely that they can sense it in some way.

So if you’ve ever wondered “do fish feel pain?” now you know the answer is a resounding yes! The next time you’re out fishing, keep this information in mind and be sure to treat your catch with care.

Who knows—maybe one day we’ll find out that fish can experience even more complex emotions than we previously thought possible! Thanks for reading! 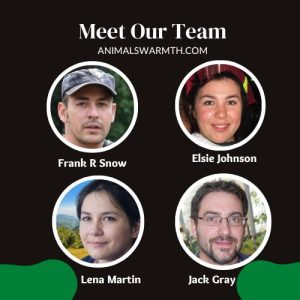 Animals Warmth’s Team is dedicated to provide research-based knowledge & understanding about the emotions and feelings of animals.